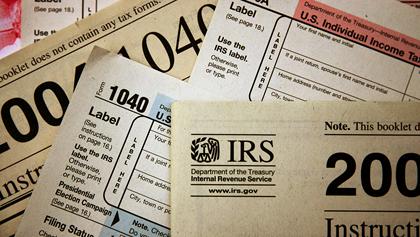 Not the best day to report this, but the IRS says 1,470 millionaires paid no federal income taxes in 2009.

Where did the money go? Tax “expenditures” (otherwise known as deductions, write-offs, subsidies or loopholes), charities, municipal bonds and tax payments to foreign governments, according to a recent IRS report (pdf) that ABC News noticed over the weekend and that the Los Angeles Times picked up today.

The nonpartisan Tax Policy Center reported last month that 46% of American households (known as “units”) actually will not pay federal income taxes for this year nor will receive refunds. That’s because of low incomes, credits for children or other dependents, or exemptions. Read that report here.

Meanwhile, the IRS today issued a “reminder” to “U.S. taxpayers hiding income in undisclosed offshore account”: All of you sneaky people are “running out of time to take advantage of a soon-to-expire opportunity to come forward and get their taxes current.” The deadline is Aug. 31.