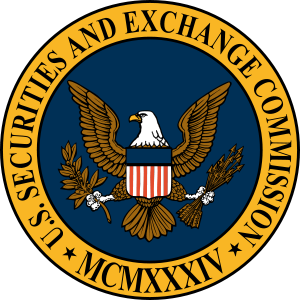 In a heavy dose of irony for the Securities and Exchange Commission, which launched a new whistleblower program this week, one of its own lawyers is calling foul on the agency for allegedly destroying thousands of documents related to investigations that involved suspicious activity at major banks and hedge funds.

Today Sen. Chuck Grassley of Iowa asked the SEC to account for the allegations. From what Ive seen, it looks as if the SEC might have sanctioned some level of case-related document destruction, Grassley said. It doesnt make sense that an agency responsible for investigations would want to get rid of potential evidence. If these charges are true, the agency needs to explain why it destroyed documents, how many documents it destroyed over what timeframe, and to what extent its actions were consistent with the law.

The allegations stem from SEC attorney Darcy Flynn who handled the agencys records. Flynn, a 13-year veteran of the agency, says the SEC has been destroying records related to SEC investigations including Madoffs since at least 1993.

Flynn wrote a letter to Grassley about the matter saying the SEC has destroyed over 9,00 files related to matters under investigation. Those records included investigations related to the Madoff case, Goldman Sachs trading in AIG credit default swaps in 2009, financial fraud at Bank of America and Wells Fargo and insider trading at Lehman Brothers, Deutsche Bank and Steven Cohens SAC Capital.

In a letter to the SEC today Grassley questioned its chairperson Mary Schapiro about the allegations and about the SECs policy on the destroying evidence.

If the allegations are found to be true this would be a detrimental blow to the SECs already shoddy reputation. The agency has been publicly flogged for missing the Madoff fraud. Since then its been trying to redeem itself by restructuring its operations and by adding new lieutenants like chief enforcement officer Robert Khuzami. Further the SEC has been heavily criticized for its revolving door in which its employees leave to work for Wall Street and vice versa thus created a conflicted environment.

In the latest issue of Rolling Stones Matt Taibbi writes an in-depth piece on Flynns allegations and takes a look at the SECs shortcomings. He writes:

Much has been made in recent months of the governments glaring failure to police Wall Street; to date, federal and state prosecutors have yet to put a single senior Wall Street executive behind bars for any of the many well-documented crimes related to the financial crisis. Indeed, Flynns accusations dovetail with a recent series of damaging critiques of the SEC made by reporters, watchdog groups and members of Congress, all of which seem to indicate that top federal regulators spend more time lunching, schmoozing and job-interviewing with Wall Street crooks than they do catching them. As one former SEC staffer describes it, the agency is now filled with so many Wall Street hotshots from oft-investigated banks that it has been infected with the Goldman mindset from within.

The destruction of records by the SEC, as outlined by Flynn, is something far more than an administrative accident or bureaucratic fuck-up. Its a symptom of the agencys terminal brain damage. Somewhere along the line, those at the SEC responsible for policing Americas banks fell and hit their head on a big pile of Wall Streets money a blow from which the agency has never recovered.