BUFFALO, N.Y. A New York law firm that was harshly criticized after pictures surfaced from a company Halloween party where people dressed as homeless has agreed to pay $4 million in a settlement with the state over some of the tens of thousands of foreclosures it filed, attorneys said Thursday. 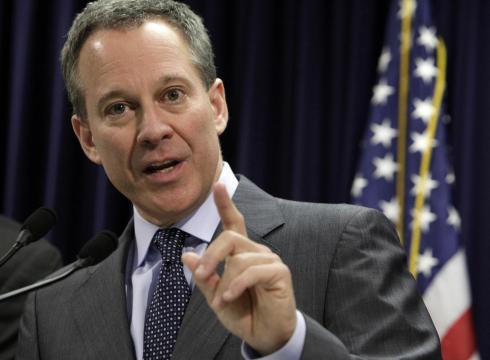 The agreement settles allegations that the Steven J. Baum Firm, one of the state’s largest-volume foreclosure companies, engaged in “robo-signing” and other paperwork shortcuts to process a huge number of foreclosure cases for clients including Wells Fargo, JPMorgan Chase, Bank of America, HSBC and Citibank, according to Attorney General Eric Schneiderman’s office.

Schneiderman said his office has been investigating the suburban Buffalo firm since April 2011, months before the company drew withering public criticism over pictures from its 2010 Halloween party that were published in The New York Times.

They showed part of the office decorated to resemble a row of foreclosed homes. In one picture, a person had a sign around her neck that read: “3rd party squatter. I lost my home and I was never served,” apparently mocking the explanation of some homeowners facing foreclosure. The Times said a former employee provided the pictures.

The firm’s president, Steven J. Baum, who was labeled as insensitive and held up by the Occupy movement as a symbol of corporate greed, later apologized. The firm announced in November that it would close.

Between 2007 and 2010, Baum attorneys filed more than 100,000 foreclosure actions, about 40% of all of those brought in New York courts. Examiners determined the firm prepared complaints in “assembly-line fashion,” enlisting the services of an affiliated document processing firm, Pillar Processing. Pillar, which Baum started, also is named in the settlement, along with Brian Kumiega, the Baum firm’s managing partner.

“The Baum firm cut corners in order to maximize the number of its foreclosure filings and its profits,” Schneiderman said. “This settlement demonstrates that my office will not allow New York homeowners to face the drastic consequence of foreclosure based upon inaccurate documents filed in court.”

Baum attorney Elkan Abramowitz said the firm is relieved by the settlement but disputed some of the state’s findings, including that attorneys were wrong to rely on representations of their clients, absent documented proof, that foreclosure proceedings were justified.

“A century of legal precedent states that an attorney is entitled to do just that,” Abramowitz said.

He said the settlement includes no admission of wrongdoing.

“It is important to emphasize,” Abramowitz said, “that after an exhaustive 10-month investigation, the attorney general’s office did not identify a single instance where a foreclosure proceeding was brought by the Baum firm where the homeowner wasn’t actually in default.”

The attorney general’s office said $2 million of the settlement funds will aid New York residents who are in or at risk of foreclosure. Under the agreement, Baum and Kumiega agreed to not represent lenders or servicers in new foreclosure cases for two years.

Following an investigation by the U.S. attorney’s office in New York City, Baum agreed in October to pay $2 million and change its practices after admitting to errors in legal filings that it blamed on the high volume of mortgage defaults and foreclosures it handles.